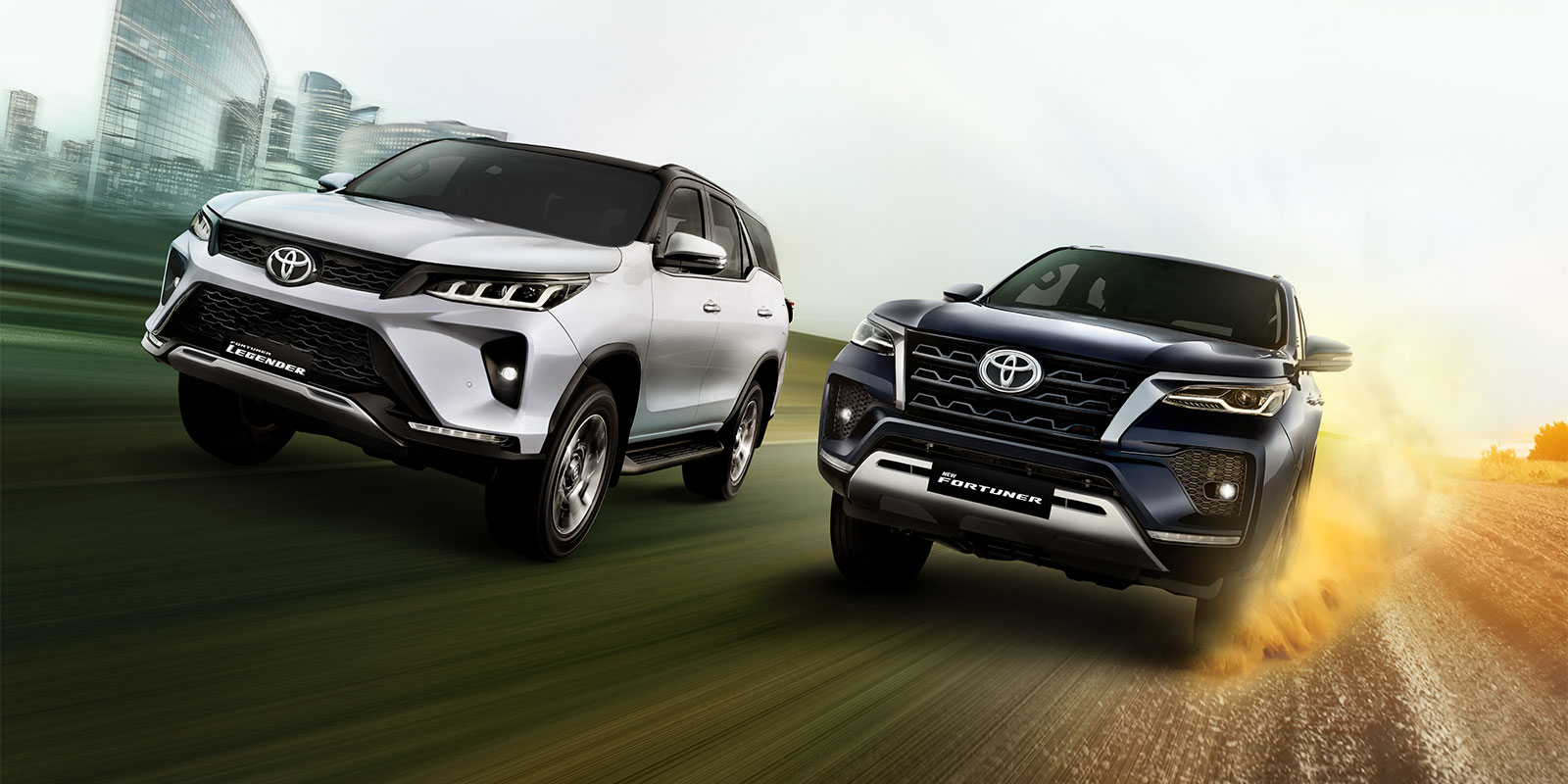 Toyota has launched the 2021 Toyota Fortuner Facelift and the Fortuner Legender in India at a starting price of Rs 29.98 lakh to 37.58 lakh (ex-showroom Delhi).

Toyota Fortuner is the most popular name in the Indian SUV car market. After the continued success of Fortuner, Toyota has created a Furore in the market. However this time, Toyota came up with not only one but two major options in the full-size SUV, the Fortuner facelift and The Fortuner Legender.

Toyota not only introduced a refreshed version of its Fortuner but also came up with a whole new look with The Fortuner Legender, both inside and outside, for what is one of Toyota’s best-sellers in India.

The New Fortuner has updated the larger touch screen infotainment system with Apple car play and Android Auto connectivity (8.0-inch screen as standard and a 9.0-inch screen for the Legender) and 9 speakers with JBL sound system.

New models of the Fortuner include LED projector headlamp, new grills( larger than before), new bumper, deep set of fog lamps housing, and large air dams give a cool and sporty look.

The Fortuner Legender gets a sporty and unique look apart from the blacked-out slacker grille and new LED headlamps with sequential LED turn indicators. The LED taillights of the new Fortuner give a different look with sportier bumpers.

This updated diesel engine will give power to the Fortuner Legender. While both the engines are offered with an optional 6-speed AT, the petrol engine comes mated to a 5-speed MT and the diesel to a 6-speed MT. The petrol version is expected to be a 2WD offering while the diesel will get the 4WD as before.

What’s your opinion regarding The New Facelifted Fortuner and The Fortuner Legender? Let us know in the comments.